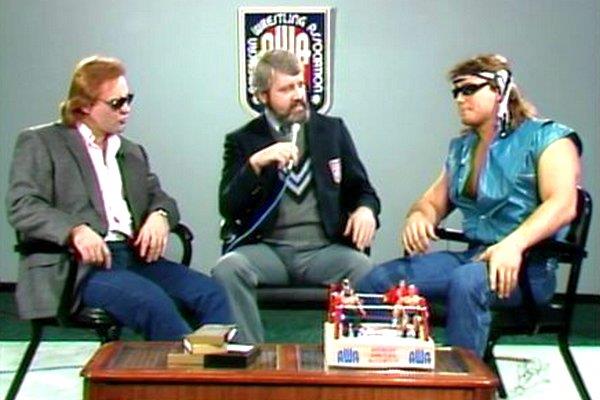 STICK TO WRESTLING is once again joined by Brad Breitzman. Brad grew up right in the heart of the AWA territory, and we discuss that promotion. Topics included are:

–Verne Gagne’s retirement and his subsequent vacating the AWA title.

–When the AWA stopped being “major league” in our eyes.

–Stan Hansen’s reign as AWA champion, what went right and what went wrong.

Plus Brad has a cool story about the night Otto Wanz won the AWA title, so what are you waiting for? DOWNLOAD AND LISTEN TO this wicked good bad boy!