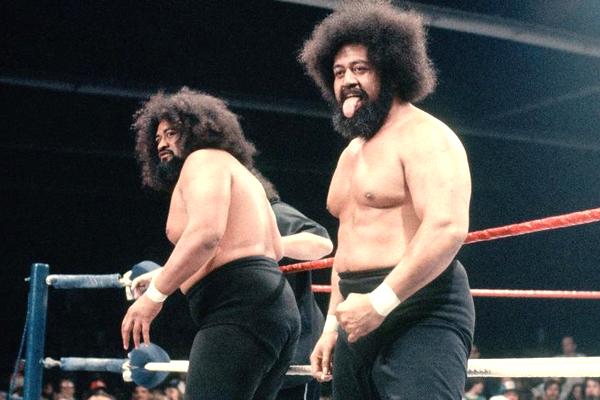 STICK TO WRESTLING is once again joined by popular returning guest Jammie Ward as we take a look at all things happening in the WWF during the Fall of 1982!

–The Samoans return to the WWF after leaving Georgia Championship Wrestling without dropping the tag team titles and without giving notice. This may have been the first real shot fired in the 80’s wrestling war.
–Magnificent Muraco returns after being away for a very brief time. This led some to believe he would win the WWF title from Bob Backlund.
–Big John Studd arrives in the WWF with Fred Blassie as his manager, offering prize money to anyone who can bodyslam him. We could all sense the upcoming feud with Andre The Giant.
–Eddie Gilbert becomes Bob Backlund’s new protege. Those who watch wrestling know this will not end well for either Eddie, Bob, or both.
–Pedro Morales’ reign as Intercontinental Champion rolls on.
–Tiger Mask comes to visit and delivers some unforgettable matches.

Plus there’s audio clips and Johnny Mac talks about seeing the WWF on consecutive nights, so what are you waiting for? Download and listen to this wicked good podcast today!