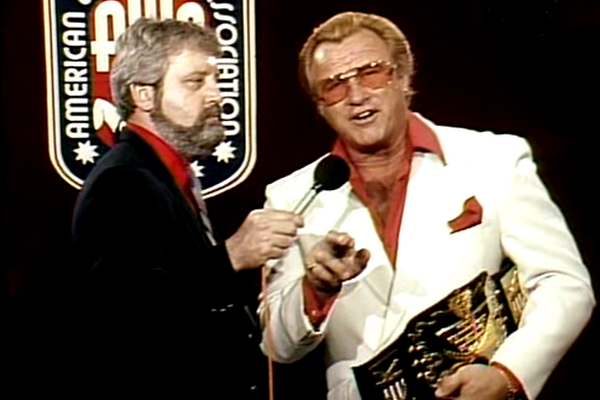 On this week’s STICK TO WRESTLING popular guest Brad Breitzman makes his return! Brad grew up watching the AWA and attending their events, so why not take questions from our listeners on the old American Wrestling Association? We talk about:

–Fantasy time! What if Verne Gagne, somehow, was able to retain Hulk Hogan’s services instead of Hogan jumping to the WWF?

–How should the AWA have booked Rick Martel as their champion?

–What was the best AWA match we’ve ever seen? —After Stan Hansen abruptly left the promotion, who was the best choice for the AWA to have as their champion?

–When the AWA aired on ESPN, the network was not the monolith it is today. But could the AWA have better used the exposure they got from them?

Plus there are “Fast Times at Ridgemont High” references and we have bonus content where we talk about David Bowie, so what are you waiting for? Download and listen to this wicked good bad boy!