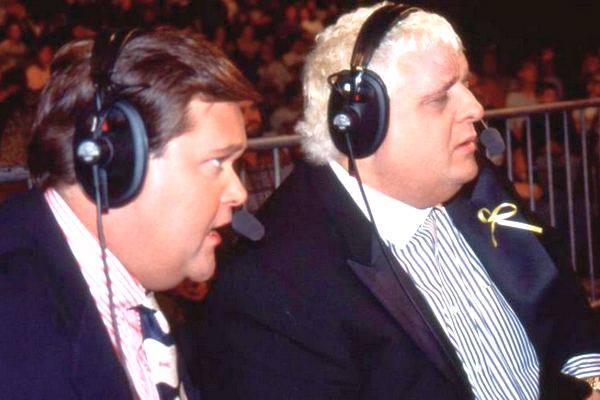 This week STICK TO WRESTLING is joined by a name many Arcadian Vanguard Network fans are familiar with – Jayce Naccarato! The thirtieth anniversary of the Dixie Dynamite Clash Of The Champions, which took place a couple of weeks after Ric Flair regained the NWA title from Sting. We discuss:

–The tremendous impact the Gulf War had on this show.

–Dusty Rhodes returning to the promotion after a two year hiatus, and he’s overbearing.

–WCW is getting away from wrestlers using last names. Bobby Eaton is now “Beautiful Bobby”, Brian Pillman is now “Flyin’ Brian”, and more.

–WCW is also phasing out calling themselves the NWA, and are beginning to refer to the promotion itself as WCW. We discuss why this change came about.

–Tommy Rich is aging quickly, and he’s found a lot of the weight he lost in 1989.

–Why would Sid Eudy call himself Sid Vicious?

Plus Jayce quotes Suzy Creamcheese, so what are you waiting for? DOWNLOAD AND LISTEN TO this wicked good bad boy!

Stick To Wrestling – give us sixty minutes and perhaps indeed, we’ll give you a rawbone podcast.