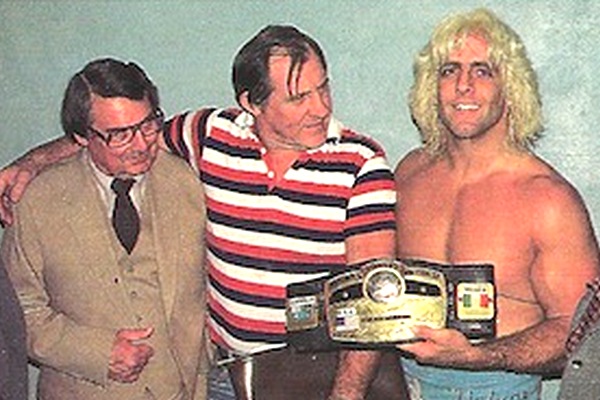 September 17 is the 40th Anniversary of Ric Flair winning his first NWA title and we celebrate the day by having popular co-host Brandon Hefner return to STICK TO WRESTLING! Among the things we discuss:

–Was the average fan surprised when Flair won?

–Who would have been the alternative choices to having Flair as NWA champion?

–Would Charlotte have been a better choice as the city Flair won the title in?

–Which promoters wanted Flair as champion, and which did not?

Plus we talk about Michael Hayes ‘ being announced as appearing at the Boston Garden in 1983 and the place coming unglued, so what are so what are you waiting for? Download and listen to this wicked good bad boy!