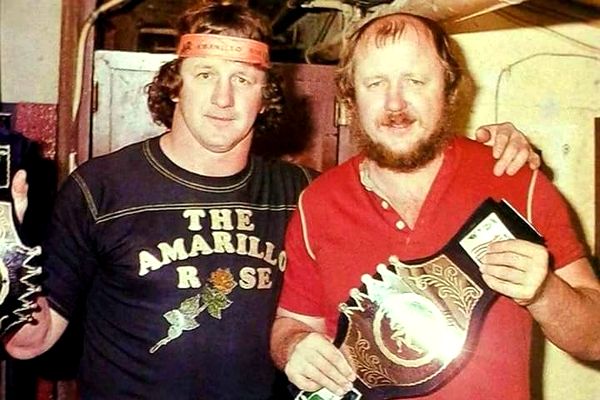 This week STICK TO WRESTLING is joined by Jeff Simms, as we discuss second and sometimes third generation wrestlers. Who was the best? We go beyond that, we each give you our top ten!

–Nick Bockwinkel is not generally thought of as a second generation wrestler, but he was and he ranks highly on both of our lists.

–The Von Erich family has many second and even third generation wrestlers. Lacey and Chris didn’t make the cut, but who did?

–The Samoans / Peter Maivia tree also has many branches, listen to the podcast and find out who made the list!

–Bret Hart is a given, but where did he land and did anyone else from the Hart tree make the list?

Plus we address the re-speculation of what was originally scheduled for Starrcade ‘86 before Magnum T.A.’s car wreck, so what are you waiting for? Download and listen to this wicked good bad boy!