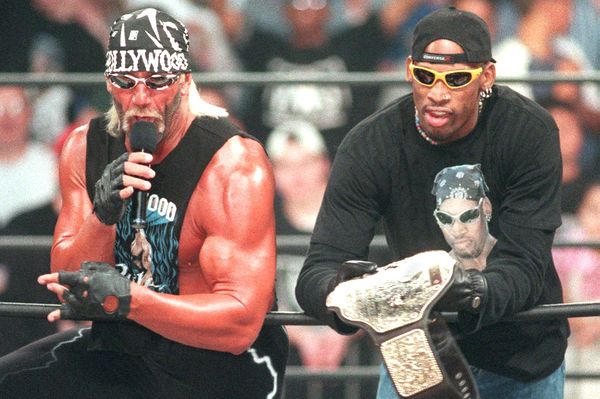 This week STICK TO WRESTLING is joined by popular returning guest Alfred Sumrall and we discuss the top ten wrestlers of 1997. On the bill:

–Shawn Michaels wasn’t universally beloved, but he was entertaining outside of the ring and amazing inside of it. Was he Number one?

–Hulk Hogan also wasn’t universally beloved, but he held the WCW world title for all but two weeks of 1997. Was he Number one?

–Was Bret Hart Number One? He has has quite a case.

–By the end of the year Steve Austin was the hottest star in the wrestling business since Hulk Hogan. Was he Number one?

–The Undertaker is not likely to be ranked Number One, but he may have been the WWF’s Most Valuable Player in 1997. Where does he rank?

–As Ric Flair’s career winds down, at least theoretically, does he make the Top Ten in 1997?

Plus there’s a long extra innings post show segment where Alfred and John discuss the upcoming NFL season, so what are you waiting for? Download and listen to this wicked good podcast today!