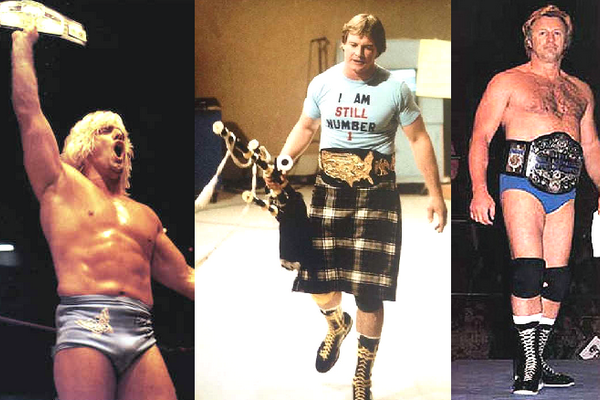 STICK TO WRESTLING is joined by popular guest Steve Generelli as we review the year in wrestling that was 1981! We discuss:

–The NWA championship changing hands multiple times, and Ric Flair starting his domination of the title that would last ten years.

–Verne Gagne retires as champion, and Nick Bockwinkel is awarded the AWA title.

–Andre The Giant, the biggest attraction in the sport, has a hotel room accident that leaves him with a broken ankle that put him out of action for months.

–Hulk Hogan debuts in the AWA after he completes filming Rocky III.

–Sgt. Slaughter comes to the Mid-Atlantic area and wins the U.S. Title.

Plus there’s bonus content! After an hour of wrestling content we discuss The Sopranos and the film The Many Saints Of Newark, so what are so what are you waiting for? Download and listen to this wicked good bad boy!