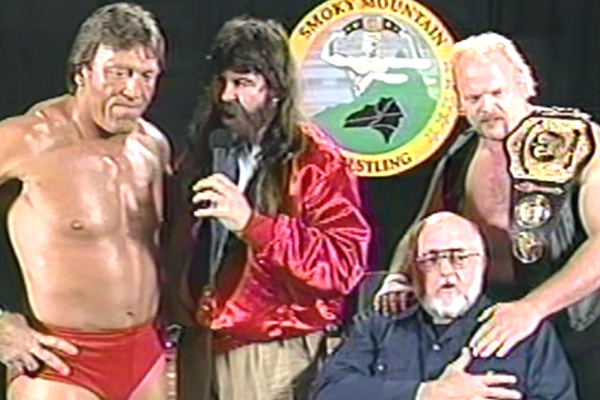 This week on STICK TO WRESTLING we discuss and review Smoky Mountain Wrestling during the year of 1992! On this episode:

–The formation of The Heavenly Bodies, managed by Jim Cornette.
–The reunited Rock & Roll Express arrive in the territory. Did the team have anything left?
–A mystery man has put a bounty on the head of Prime Time Brian Lee, and has distributed “wanted” posters.
–Bob Armstrong plays the role of Smoky Mountain Wrestling’s Commissioner. Imagine a combination of Bill Watts and Jack Tunney. –Ron Wright, an elderly man in a wheelchair, is a heel- and it works. –The Heavenly Bodies and The Fantastics are feuding and having excellent matches.

Plus we have audio clips and Johnny Mac discusses his theory of what the long term plan of Smoky Mountain Wrestling actually was, so what are you waiting for? Download and listen to this wicked good podcast today!