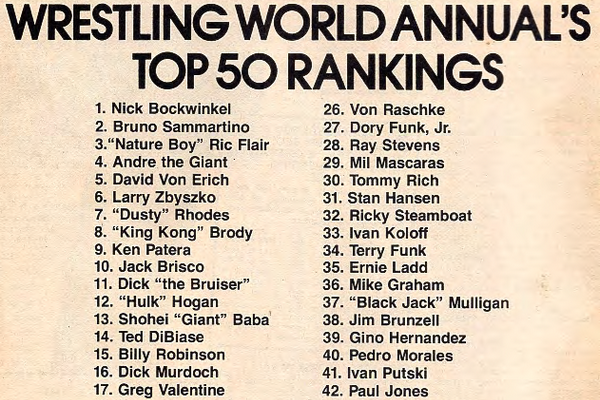 This week STICK TO WRESTLING is joined once again by popular guest Brad Breitzman, as we discuss a Top 50 list put out by Wrestling World in the Spring of 1981. We talk about:

–Gene Kiniski, who had been in semi-retirement for twelve years, being ranked #43.

–How do you rank a wrestler like Andre The Giant?

–They didn’t include the NWA, WWF, or AWA champions, and Nick Bockwinkel was ranked #1. Was Wrestling World tipped off that Nick was about to regain the AWA title?

–Who was egregiously missing from this top fifty?

–Why is the Pacific Northwest / Portland territory excluded?

Johnny Mac and Brad probably probably put more time discussing this list than the author did creating it, so what are you waiting for? Download and listen to this wicked good bad boy!