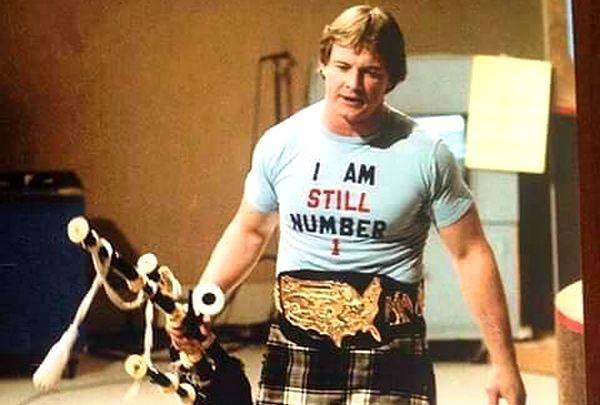 –We Book STARRCADE ’82!
–We Book WRESTLEMANIA Zero, April 1984!
–Johnny and Seanny disagree on what the definition is of a Texas Death Match is.
–What was the greatest Texas Death Match of all time?
–Sean Goodwin claims he is banned in France.
–The Bret Hart vs Tom McGee match- who cares and why?
–Which wrestlers were so ahead of their time that it hurt them?
–We gave contest winner Don Carroll his choice of topics, which includes Johnny Mac’s recollection of a CRAZY Bob Backlund vs Masked Superstar match from the Boston Garden in 1983.

And more. It’s a very cool discussion. Actually, it’s wicked cool! Every week give us sixty minutes and we’ll take you to the zenith of podcasts – STICK TO WRESTLING!

Plus John makes fun at the woman standing behind him in line at the supermarket. What are you waiting for? DOWNLOAD THIS BAD BOY!